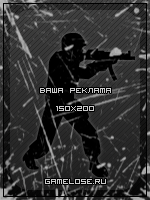 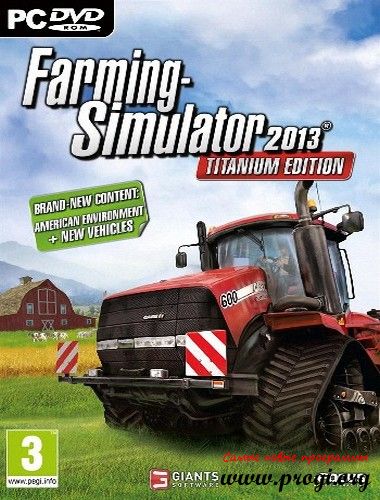 When asked for Product Key, Use one of the following:

Fixed loading of the highest bidder of an auction in a savegame (2.0)

Fixed multiplayer between Steam and non-Steam version with the classics DLC (2.0)

A sell station no longer can have multiple great demands for the same fruit at the same time (1.4)

Fixed issues when filling a mixer wagon with a shovel (1.4)

Fixed price calculation when unloading at the biogas bunker (1.4)

Fixed unloading of the Bergmann Shuttle at cow area (1.4)

Tippers sometimes did not close correctly and couldn`t be unloading anymore (1.4)

Fixed problems with the animation of the Grimme Maxtron (1.4)

With a full grain tank, the helper didn`t fold out the unloading belt (1.4)

Fixed conflict if multiple vehicles with mouse controls are attached (1.4)

Fixed synchronization of the eggs, the wool the milk and the productivity of the animals in the multiplayer (1.4)

The fill levels of the animals are no longer limited to 65535 at the multiplayer clients (1.4)

Fix of the problem in multiplayer when Client did not see sown grass (1.4)

Fix of the button "select all mods" that sometimes did not work (1.4)

In the multiplayer disconnecting vehicles sometimes was not correctly synchronized (1.4)

If a vehicle was sold that was currently using the worker, the slot for the helper was not released (1.4)

When activating the helper, some tools were folded (1.4)

Several invisible collision on the map were removed (1.4)

Fixed issue when selling a vehicle at the selling point (1.3)

Fixed extra income of placeable objects when loading a savegame (1.3)

Fixed ridge marker with tools that can not be lowered (1.3)

The used mods of a savegame are automatically selected when a multiplayer game is started (2.0)

Added warning if not all mods are installed, that are used in a savegame (2.0)

Added support for mods implements to define their own PTO (1.4)

Silage now can be put in the feeding trough with a shovel (1.4)

Manure now can be put on the manure heap with a shovel (1.4)

Optimized online activation to work even with broken network settings (2.0)

Reduced vehicle, bales and pallets jittering and lag in single and multiplayer (2.0)

Optimized camera handling in general and for articulated vehicles (2.0)

Improved the steering behavior when working with the Kuhn mowers (1.4)

Added possibility to attach another trailer to the Lizard bale trailer (1.4)

Multiplayer client now can see the rapeseed table of the cutters (1.4)

Reduced stuttering of the first person view for multiplayer clients (1.4)

When loading a savegame, the implements are no longer always lowered (1.4)

Increased time until helpers of combines continue threshing after they have been partially unloaded (1.4)

Helper of Grimme Tectron 415 now waits to continue working as long as a trailer is in range (1.4)

Added particle system for straw to the Kuhn SPV and the Kuhn Profile 1880 (1.4)

Fixed issues when pressing fold and rotate at the same time with the Lemken Juwel 8 and the P├╢ttinger Servo 6.50 (1.4)

Tuned colors of fruit type display to be better distinguishable (1.4)

Colors of Kuhn vehicles where adjusted to match (1.4)

Running costs of vehicles/buildings/animals are shown in the shop with a cent precision. E.g. important for chicken (1.4)

Updated PDA map of the ModMapSDK to the lasted map (1.4)

Disabled threshing while cutter is raised (1.4)

Added possibility to load wheat and barley windrows in a forage wagon at the same time (1.4)

Tuned ridge markers to create smaller marks on the ground (1.4)

Tuned positioning of fill planes of manure heap and bunker silos to avoid them being invisible with small fill levels (1.4)

Filling the water trailer at the river now is free (1.4)

Fixed particle system when filling the Lizard WheelLoader from a combine or a silo (1.4)

Fixed animation of cylinders of the ridge markers or the Amazone ADP-303 Super (1.4)

Optical fill level of the feeding trough now is in a 1:1 ratio to the fill level shown in the PDA (1.4)

The worker no longer uses the ridge markers (1.4)

The worker of the Krone Big X stuttered when turning (1.4)

Improved visualization of falling sugar beet at the Grimme Maxtron (1.4)

The back wheel of the Grimme Tectron intersected with the body (1.4)

Collision of the Weidemann silage cutter was too big (1.4)

Fixed wrong animation of the expulsion with the Kotte Garant 19500 (1.4)

Krone XDisc now can be put on the cutter trailer (1.4)

In the controls menu lift arm was lower arm ingame and vice versa (1.4)

Several small improvements of the map (1.4)

Improvements of some menus (1.4)

Some vehicle schemas were corrected (1.4)

Added possibility to raise the front of the Grimme Maxtron 620 and the Grimme Tectron 415 (1.3)

Added message that straw blowers first need to be filled (1.3)

Added controls to only toggle the front light (1.3)

Improved and fixed some issues of the AI helper (1.3)

Improved placement of vehicles at shop (1.3)